Gifted talent and the spirit of inquiry

Introducing some of the many achievement of the First Heizo Tatsumura, who revolutionized the world of textile. Devoting to research and restoring traditional old textiles, that were handed down within Horyuji and Shosoin, Heizo Tatsumura brought textile into domain of art.

Born in 1876 in Bakurou-machi, Osaka (Chuo-ku Osaka) as the grandson of Heibei Hiranoya, a currency exchange merchant. At an early age, Heizo was brought up in an environment rich filled with fine arts, such as Sado, Kado, Youkyoku, Noh-dance, and Haikai. By the time he entered Furitsu Osaka Commercial School (Osaka City University), Heizo was composing poetry under the name of "Seppa." 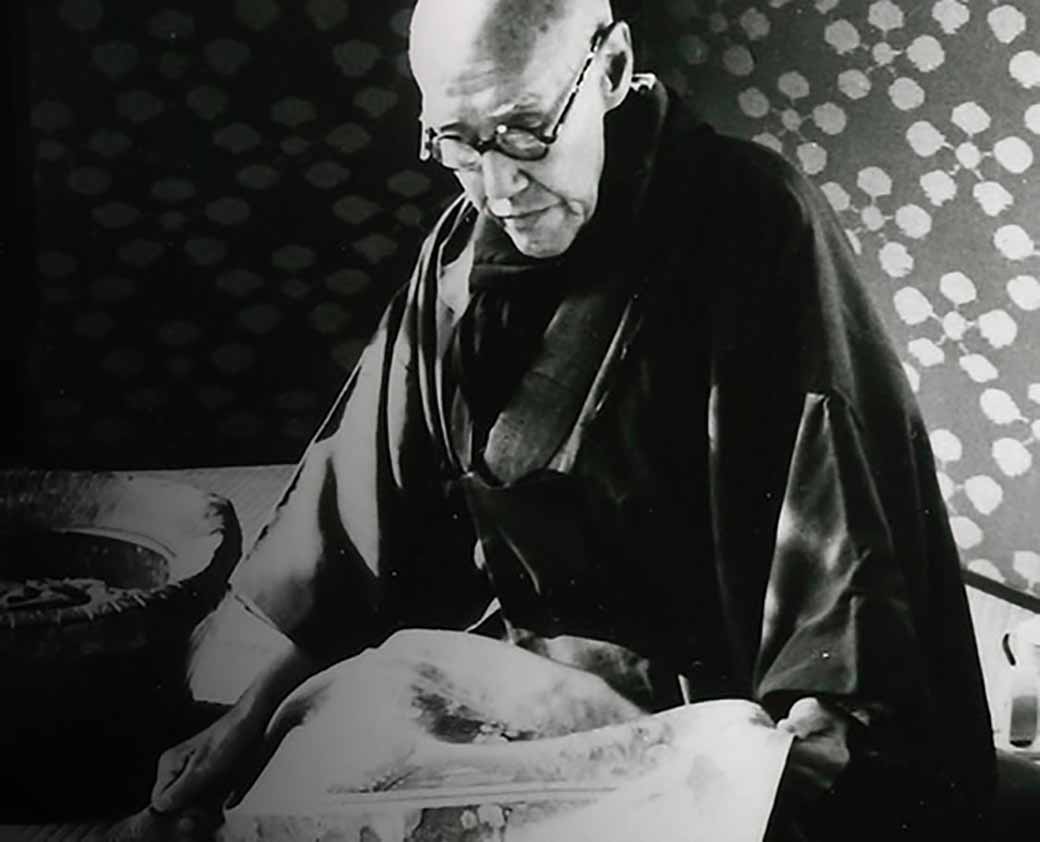 When Heizo was 16, Heibei passed away. Heibei's death triggered the decline of the family business, therefore Heizo left his school and walked his way into Kimono business in Nishijin. He was first occupied in sales but, gradually he began to study the weaving. In 1894, at age 18, Heizo became independent textile manufacturer. His business satisfactorily expanded and acquired numerous patents as such as, "Takanami Ori" and "Koukechi Ori" by the time in his 30's, giving great impact to the others. 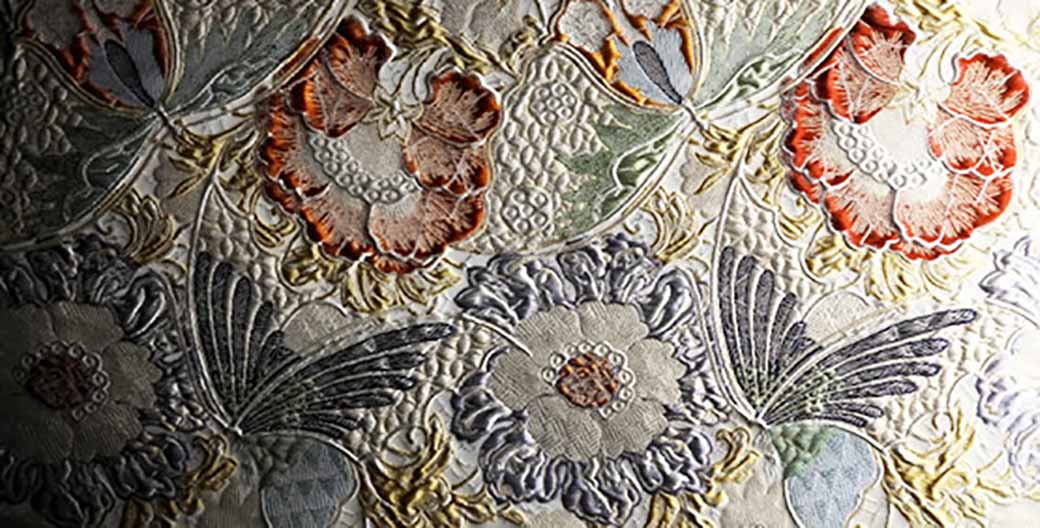 Once Jacquard loom was introduced to Nishijin, Kyoto, Heizo speculated that importance of the design will expand and recruited young designers with rich sensibility, from neighboring art schools. This was unprecedented act at that time in textile industry, resulting to birth of many remarkable designs. Many recruited young designers became distinguished figures in the Japanese art world such as Insho Domoto (1891 - 1975). 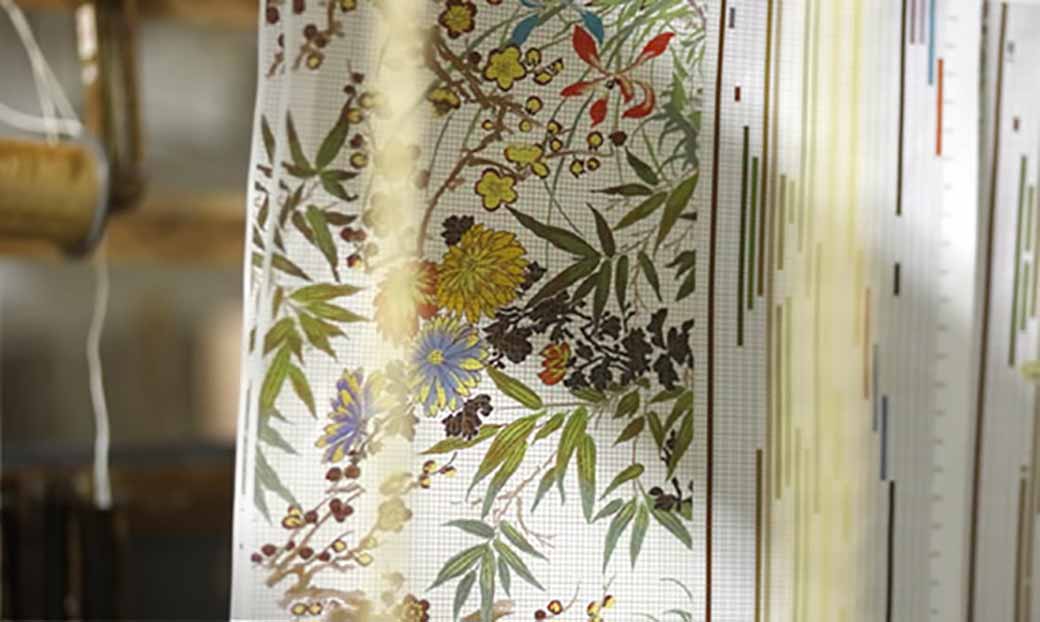 The Origin Origin of Tatsumura Textile given birth by anguish

Once Heizo's brocades gained popularity, they were imitated by other companies in the industry. Heizo immersed into research and restored antique textiles, thinking that was essential for creating originality of the brand. This is the origin of what people call him "The master of restoration" to this date. He concluded that weaving "beauty" within vertical and lateral strings that form textile, will give finishing touch to the formation of art textiles.

Heizo held his first exhibition in 1919. Ryunosuke Akutagawa , a great writer, who was close to Heizo at that time, wrote a newspaper article acclaiming that Heizo's works are "Astounding art form." This article gave Heizo an established position and widely spread "Art Textile" to the world.

Passion Passion for textile and never ending spirit of inquiry

Later in his life Heizo received many offers to restore antique cloths and held exhibition which toured United States of America after World War II, which contributed to popularize the art textile. His area of activity spread to the world by collaborating with many brands by famous designers in the world, as such as creating dress textile for Christian Dior.

In 1956, Heizo received Imperial Award given by the Japan Art Academy but, his interest was focused to the future of textile industry.

The First Heizo Tatsumura was a pioneer and broke new ground within traditional Nishijin, Kyoto by constantly developing novel ideas and skill. His spirit of passion towards "beauty in textile" which he devoted his life, is passed down and flows deep beneath within Tatsumura Textile today. 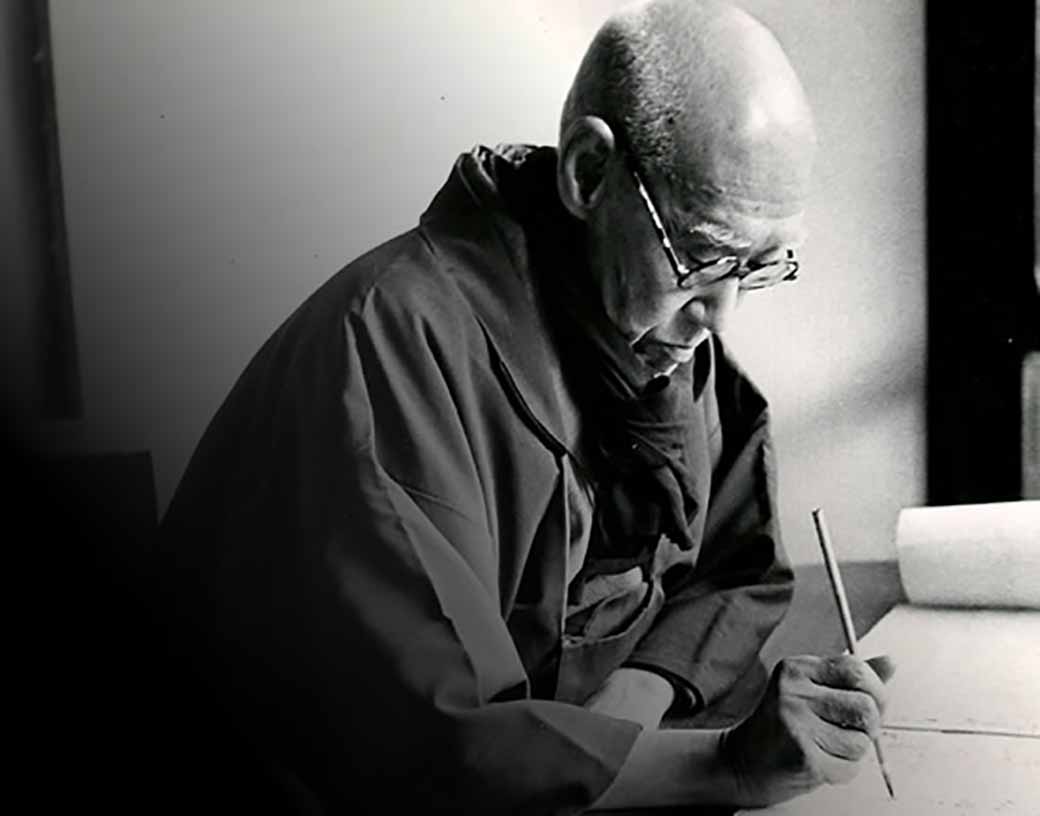